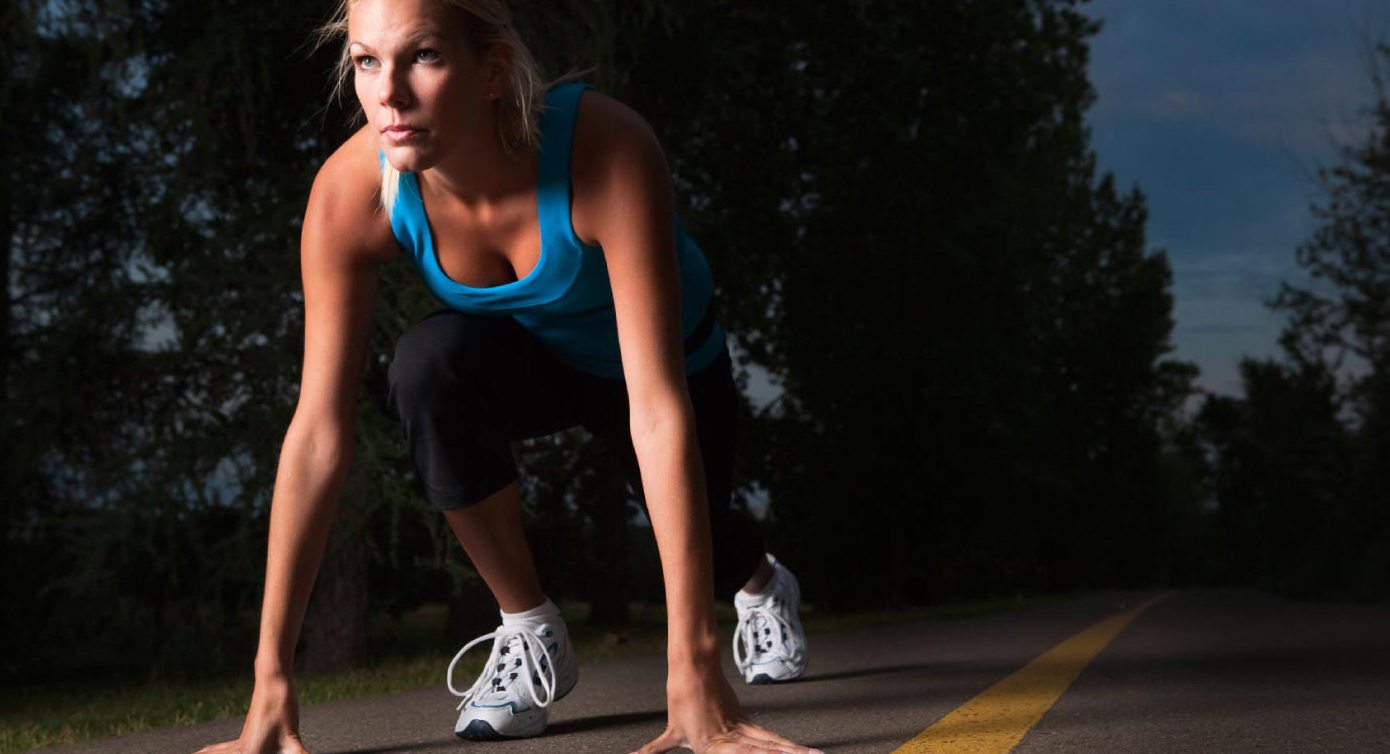 Re-planning a challenge of a lifetime from a FIT TO TRAIN client.

When the decision to postpone my English Channel swim was made, I knew I still had to do something. I just wasn’t sure what, or when. You don’t need me to tell you how hard it has been to make any sort of plan this summer but at the beginning of August (actually the day before the orcas) a date was picked and the planning began. I was feeling confident about my swimming but I wasn’t leaving myself a lot of time to sort out details for the ~30km swim around Bowen Island.

I spent a fair amount of time thinking about how to attack the day. Bowen Island is situated in the middle of the southern end of Howe Sound, North America’s southernmost fjord. At 42 km long running roughly southwest to northeast, its steep cliffs mean that afternoon winds build throughout the day, funneling up the sound and can reach 20 kts or more. To the island’s south is the Strait of Georgia. From Bowen’s south westernmost point at Cape Roger Curtis, the next closest land is Gabriola Island, some 30 km across the strait and even more due south - so a big fetch. If you need an image, think of a big, urban roundabout or intersection. Now picture vehicles travelling through it & turning in all directions and that is like the water around Bowen - very active. And then there’s daylight hours. I enjoy a good night swim but hugging a rugged coastline in the dark just adds a whole layer of hazards that I thought’s be best to avoid.

Previous experiences in the area provided me some insight, along with the past 6 months of swimming almost exclusively in the ocean - a lot of it in the water just across Howe Sound. I knew that tides were going to be a factor - August 31 had some big changes so catching those would be critical. I’ve gotten stuck several times in the currents this summer at Whytecliff, a couple of kilometers from where I wanted to start. The Strait of Georgia had been experiencing some very strong afternoon winds the week leading up to August 31 and I knew if I didn’t time it right on the Strait (south) side of the island, my day could be cut short as it was 5 years ago when I and 3 others attempted to relay Bowen. Just one month earlier I had one of my most challenging swims of the summer battling big swells and strong inflow winds in Collingwood Channel on the west side of the island. Inflows are typical in the afternoon, so it made sense to time it to try to take advantage of them. Finally, there’s Hood Point on the northeast tip. As a teen I used to sail past this point and just about every time we’d encounter weird winds (there one minute, gone the next) and a strong current that I knew was not going to work in may favour, no matter how I timed it. So I had my work cut out for me.

My planning paid off. We found a good spot just north of Snug Cove where I could get ready and wait for the 6:20 ferry to depart. (I apologize to anyone in the neighborhood who may have heard Billy Idol playing … ). There was an angry looking swan in the water (perhaps it did not approve of our music selection) but I decided to not let it intimidate me and I jumped in as soon as the Queen of Capilano passed us at 6:22 am. It was a spectacular morning. As the sun started to rise over the North Shore mountains a little after 6:30, everything was cast in a beautiful golden light. The swimming south was easy and unremarkable, except for the departure of my support boat when they spied a pod of orcas in the distance. For those of you still wondering, this explains the triangular shaped “blip” on my tracker. Meyrick, who was in his kayak at this time, stayed with me while the others went to investigate. Despite my good progress, I was feeling a tiny bit anxious as we approached Cowan Point, as this is where I anticipated trouble if there was going to be any. However, as I rounded the corner and headed west in the Strait of Georgia, I was still being helped by a favorable current. Unbeknownst to me I was being followed rather closely by a rather large sea lion. My crew decided I didn’t need to know about it - they were right.

The water in the Strait was a little choppier, but it was fun, and I was still making really good progress. After a couple of hours, I neared the lighthouse at Cape Roger Curtis and saw another point of land across what I though was a large bay. I remember gesturing towards the point and saying to  Meyrick “So I’m going over there?” He laughed at me and said “No, not unless you want to go around Pasley Island as well!” So I’d made it through the Strait of Georgia without any drama …

The last time (also the first) I swam the next stretch of water (Tunstall Bay across Collingwood Channel, around Pasley Island and back) was a month prior and it was wild. Windy, choppy with cresting swells it was very difficult swimming and kayaking. The inflow winds beat us up. Not so this time - it was quiet and calm. I had been hoping for similar winds (ok, maybe not AS huge) as they would’ve helped me along, but they just never materialized. Don’t get me wrong, calm conditions are good, but they can mess with my head a little. When I’m fighting the water, I have to focus, but when I’m swimming in the doldrums I can lose focus quite easily and time seems to slow down. A lot.

The half-way mark during something like this can bring up two distinct thoughts: “Yay! I’m halfway!” and “F&%k, I’m only halfway …” And I thought both. I was still feeling pretty good but there was definitely a whiff of paranoia. Things had been going so well and I couldn’t help but wonder if my luck was going to run out at some point. The water was still calm and there was a hint of a helpful current due to the rising tide, but my shoulders were starting to hurt and my stomach was going a bit sour. Kilometers 15 - 20 were probably the hardest (I REALLY wanted out of the tens) and I caught myself drifting off several times. To combat this I entertained myself by picking out a landmark in the distance and then guessing how long it would take me to get there. I’ve become surprisingly good at it. When we first got sight of Hutt Island, it was a solid 5 if not 6 kilometers off which for me is about 2+ hours. I’ve been caught off guard by big landmarks before (like the bridge at the finish line on Roosevelt Lake last year during SCAR). It’s a pretty horrible feeling when you think you’re close to something and then feeling like you’re never getting closer. So to be able to realistically predict how far away something is actually helpful, even if it is quite far away. I had a little celebration at 7:45 when I passed what had been my longest swim time up to that point.

Once past Hutt Island, I knew it was another 5 or 6 kilometers to Hood Point, the final point I’d have to round. After the Strait of Georgia, this was the other location I had thought a lot about. The water here tends to flow counterclockwise and at this point the tide was still rising and any afternoon inflow winds would be working against me. I knew it was going to be hard, my crew had agreed that it was going to be hard. And it was hard. I was hurting at this point so the thought of having to put up a fight to not make any headway was almost unbearable. Now, if you’ve followed me for a few weeks then you might remember how I got stuck in a current that resulted in a 51-minute kilometer. This was similar, but it only lasted a few minutes. Thankfully.

My focus during the last stretch was really about getting it done. Period. I know everyone else was hoping I’d beat the 11-hour mark, but I just didn’t have much extra in me to give. The sun was in my eyes when I breathed towards the shore so I was having a hard time figuring out if I was moving or not. I felt like I was having a hard time navigating the rugged coastline and had to stop to spyhop a couple of times just to figure out where I was heading. Even though Meyrick was still navigating for me, I just needed to know. I was desperate to see the Bowen Island ferry so I could gauge where my finish was. Nothing about the last few kilometers was easy.

I don’t tend to hear very much when I’m swimming (except boats - I hear ALL of them from miles away!) but I knew I was getting close to the buoy marking my finish when I heard cheering and whistling and Queen (you know the song) playing loudly from the boat. Touching that buoy after a little over 11 hours of swimming was … there is no word. I had planned on 12 hours, hoped for 10 and was prepared for 14, so to say I was pleased with my result would be an understatement.

I really couldn’t have asked for a better day - ideal conditions, solid planning and an amazing support crew. I had also done my best to commit the “drinking schedule” to memory and I thought of all of you as I swam “Oh! It’s so-and-so’s hour”! I used to go about events like this quietly, often only letting a very few people know what I was doing. I’d maybe share afterwards and embarrassingly accept the compliments and accolades and then move on as if nothing had happened. I now know what I was missing out on. Yes, it is a fun tradition to have you all enjoy a bevvie (or 2) for me while I swim, but I had an ulterior motive - it is more about opening myself up to all your amazing encouragement and support in the days leading up to, on the day itself and even in the days following. I had tears in my eyes when I finally got to read all the comments you posted (and texts and emails and voicemails) DURING my swim ... and the tears weren’t just from pain and fatigue!

I now have (an extra) 2 years to think about and prepare for the Channel. 2 years ago when I booked for this year, I kept a pretty tight (ok, very tight) lid on it for almost 10 months. There’s no hiding this time, and I couldn’t be happier about that.

I acknowledge that I live & play on the unceded territory of Musqueam, Squamish and Tsleil-Waututh Nations.